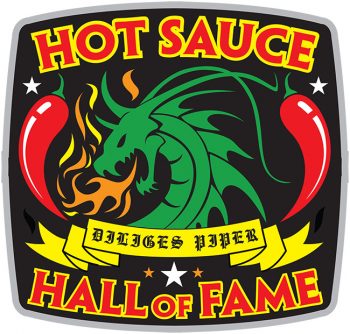 The Hot Sauce Hall of Fame is proud to announce the 3rd Annual Hall of Fame ballot for the Class of 2017. With almost 800 nomination ballots voted on from the Selection Committee, the Hall was able to determine the Top 10 people for the final ballot.

How You Can Vote

To be eligible for the voting process, you must have operated within the fiery foods industry for a minimum of 3 years. Voters also known at the Selection Committee must consist of hot sauce companies, retailers, distributors, exporters, chile pepper growers, media and restaurateurs who specialize if spicy foods and hot sauce.

Download the final ballot with the names of the top 10 nomination votes from people in the hot sauce industry:

1. Right click on the link above and save to your computer.
2. Fill out all fields electronically and select the five nominees you feel most deserve to be in the third year class of the Hot Sauce Hall of Fame
3. Email ballot to: info@nychotsauceexpo.com