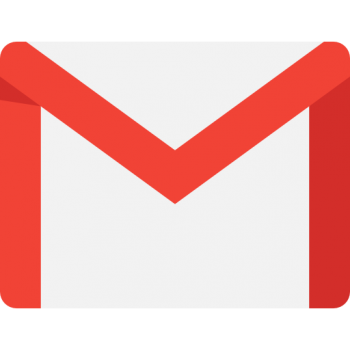 I’ve been using Gmail as my sole e-mail client for over a year and love it for a multitude of reasons. Yet there are still a few pebbles in my shoes, so to speak; I consistently encounter a couple of deficiencies here and there that are a pain in the ass in my hourly e-mail usage.

When I first heard of the rumors that a new version was being primed for Gmail, I admittedly was a little excited. Could they have fixed the some of the little, nagging problems that still plagued their near-perfect web app? Have they listened to the throngs of users and attempted to integrate some of the most useful and logical requests for both UI and functionality improvements?. Were they able to push ahead of their main competitors, namely Yahoo! Mail and Hotmail/Live Mail?

When they slowly rolled out this “version 2” of Gmail for select accounts in October 2007, to say that it was a disappointment was an understatement. Sure, the bulk of the changes were “underneath the hood” in the code, and this made pages load faster – only marginally, though. There were a couple of other minor features added, but they were mostly for things that aren’t very useful (An improved contact manager? A Picassa picture picker? Who cares?) or were geared toward a “Social Gmail” model. Meanwhile, functionality problems that had irked Gmail users for years went largely unanswered.

Here are the biggest things I can think of that would actually improve Gmail:

1. Don’t Have the Right-Click and Middle-Click Disabled

We live in a world of tabbed browsers. I personally will have 10, 12, 15 tabs open at any given moment in Firefox. It is far easier to accomplish certain taks when you can quickly bounce from one tab to the next. What Gmail does is disable the browser’s default behavior for clicking the mouse’s scroll wheel (middle-clicking) or right-clicking. Frequently I’ll want to open new e-mails in their own tab. It’s absolutely ridiculous that I can’t do this. I realize that Gmail uses JavaScript and AJAX to load up certain things on the page, but this is lazy. Gmail developers, please fix this.

2. Sending and Receiving From Other POP3 Accounts

I’ve totally ditched a desktop e-mail client. I use Gmail to send and receive e-mail for my other main accounts I use for my Web sites. Therefore, it is important that I can receive e-mails from these accounts in a timely manner. Look, I know that expecting Gmail to check these other POP3 accounts every 30 seconds or every minute may be asking a bit too much, so how about every five minutes? Ten minutes?

Truthfully, it often takes in upwards of an hour or so to have Gmail check and download these e-mails. That’s painfully infrequent in the internet world.

The “good news” is that Gmail does allow you to manually check to see if there are e-mails from other accounts. But to do this, I’m forced to actually go into the Gmail Settings (!), click on the Accounts tab, and then scroll down to where my other accounts are listed:

As you can see, the middle account hasn’t been checked in 57 minutes. Whenever it takes seemingly forever to get an urgent reply e-mail from somebody, I’ve got to go into the settings every single time and force it to check. Why can’t Google put a link on the main Inbox page for those of us who have multiple accounts to have it manually check for e-mails? Or give us an option to automatically download e-mails every 5, 10, 15 minutes, or whatever amount of time we choose?

3. No Sorting by Subject, Sender, File Size, or Attachments

This is probably the number one complaint that Gmail users have had: the inability to sort e-mails by the sender, by the subject, by whether or not it has an attachment, by the e-mail’s file size, by reverse date, etc. Google has stated before that since they’re a search company, search is the way to go for scouring through e-mails. I probably don’t have to tell any of you what a bone-headed decision this was when dealing with basic usability and user-friendliness.

Anyone who’s had to deal with a large number of e-mails on a daily basis can tell you that the tagging and archiving process would be much quicker if the mail could be grouped together by sender or subject. Gmail has so-called “workarounds” with filtering and labeling (which can work great in certain cases), but they take ten times as long and make you jump through several pages to accomplish what a split-second click on a “Subject” or “Sender” header does.

I’m all for trying new methods of doing things, and a paradigm shift is necessary from time to time for the sake of progress. But this is yet another example of the old adage “if it ain’t broken, don’t fix it”. There’s a reason virtually every other e-mail client that’s been created in the past ten years has had soring capabilites: because sorting works.

I’m sure most of you techies reading this have heard about horror stories about Gmail deleting mass e-mail accounts. Google may be able to legally duck behind the excuse that Gmail is still in “beta” and technically shouldn’t be used for as a primary account. But realistically Gmail has been out for years and a good percentage of it’s users have adopted it as our main e-mail addresses. Since many of us are paranoid about backing up data on our our hard drives, why not give us a bit of peace of mind why letting us download a mass e-mail file dump in case the unthinkable happens?

How could a software product that’s going on four years of age and have a supposed “second” version still be in beta? What was it in the first two years, an alpha release? C’mon, Google, grow some balls and declare this one stable.

Looks aren’t everything – usability and functionality are king – but both Yahoo! Mail and Live Mail have clean, crisp, no-frills layouts made with Web 2.0 goodness. Gmail’s appearance is passable, but how about updating it beyond the Arial-dominated 1999 look of Google’s homepage? How about a few different themes or few customizable options to move things around a bit on the page?