This is your own Liberal buzzward bingo card to print out and use. Simply listen to a Liberal pundit during any interview, talk show appearance, press conference, or a political campaign speech, and mark off the squares whenever you hear a buzzword being uttered. To play the “super speed” version, go to any left-wing wacko blog or a typical Digg or Boing Boing posting and read it aloud, and you should get the entire card filled up in no time (usually by the middle of the third paragraph of the article). 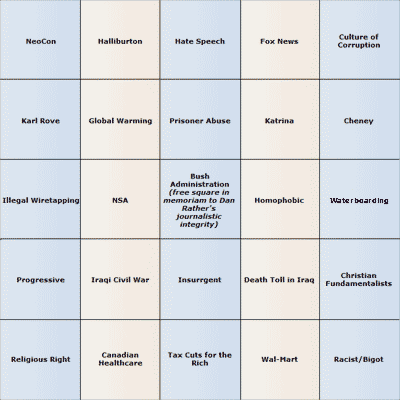