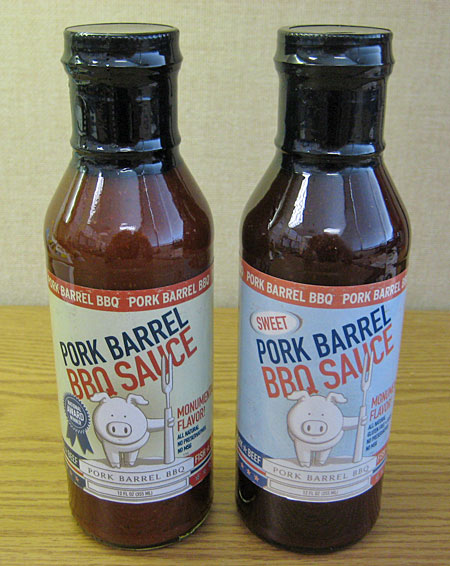 Pork Barrel BBQ’s moniker originated from, according to their website, “two fatigued United States Senate staffers who were working late and dreaming of good BBQ while Senators were arguing the merits of Pork Barrel Spending.” Very clever. The pair of ex-staffers ended up founding the company with the humorous name and created a couple of sauces and a spice rub. Although they are fellow Missourians, they make their base of operations in Washington, D.C. and sell out of several mid-Atlantic brick-and-mortar locations a well as online.

Heath Hall and Brett Thompson of Pork Barrel were gracious enough to send me their barbecue elixirs, Pork Barrel BBQ Sauce and Pork Barrel Sweet BBQ Sauce, to get my thoughts on them… 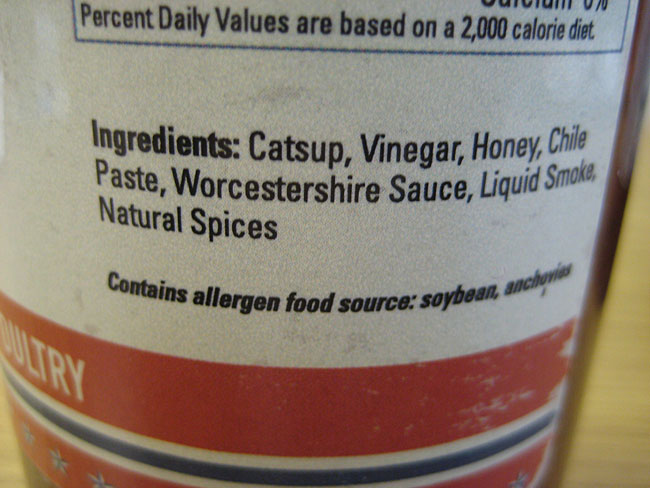 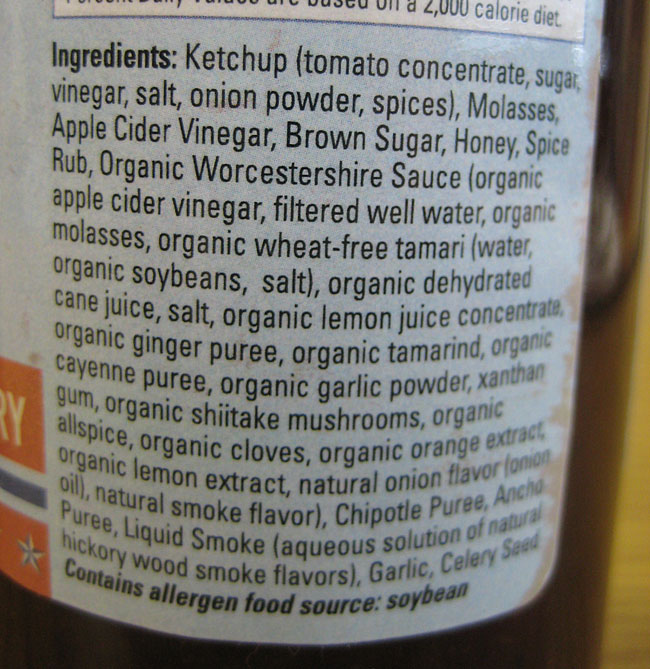 Notice the drastic difference in the ingredients lists above. Or is there? On closer inspection, the individual ingredients that make up Worcestershire Sauce are spelled out in the Sweet Sauce (as it should be), while on the Regular Sauce it is not. Also note that two different spellings of “Ketchup/Catsup” are used.

This sauce is right on the money with it’s dense, rich texture. There are some runny barbecue sauces that thicken up to a medium consistency upon cooking; while that’s nice, I’d rather have one that was medium or thick to start out with so that it gets sticky and glaze-like during the last few minutes the meat sits on the grill or smoker.

Pork Barrel BBQ Sauce’s middle-of-the-road brownish color looks great and had me dying to get a nibble.

I poured some out on a spoon. It had respectable sweetness. Of course this stuff is not marketed as a sweet barbecue sauce, but you do expect some sugary, tomato-y sparkle on your tongue’s sweet receptors. It had fair smokiness and twang, but overall what didn’t sell me on this sauce was the fact that I thought that this liquid was a bit too harsh in the vinegar department.

A few more fingertip-in-the-bottle tastes revealed the same assessment. Again, there was too much tartness and bitterness from vinegar. Pork Barrel should tone it down a tad with this, and they would have a really good product on their hands with this. But as is, I could only give it 2.5 out of 5. 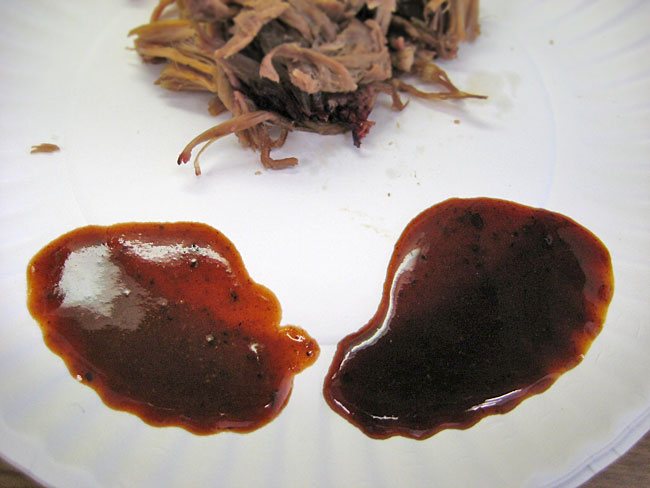 It was similar to the Regular with it’s thickly viscous pourability and spice-flecked appearance, and the only distinctive trait was that the Sweet BBQ sauce was a darker hue of brown.

I hate to admit it, but the mildly harsh flavor of the Regular Sauce lowered my expectations of Pork Barrel’s Sweet version. I was wrong in doing so. The Sweet has a much fuller, richer flavor profile than the Regular. Upon taking a bare lick of it, I sensed a beautiful balance of tomatoes, brown sugar and molasses with a mildly smoky hit. In reference to that last attribute, I’m not a huge fan of liquid smoke in BBQ sauce, but when it’s used sparingly and in correct proportion with the other ingredients it can work in my opinion. This fortunately was able to leap over that hurdle with ease. Finger lickin’ good, and it merits a 4 out of 5 score.

Both Sauces On Food:

These have the recommendation labels of “Beef – Pork – Fish – Poultry”, denoting that they’re all-purpose sauces. But with a name like Pork Barrel, one would just have to put them through their paces on slow-cooked, smoked pulled pork.

I took a wad of pork, split them into two portions and mixed in both flavors of sauce. Pita pocket bread is always a nice alternative to plain white bread, so I stuffed them full of the shredded pig meat. I proceeded to pour an extra amount of Pork Barrel Regular and Sweet BBQ Sauces on their respective pita pockets.

My original thoughts on each sauce held up. The regular Pork Barrel BBQ Sauce was decent but too strong and bitter, while the Sweet version was mostly on target with it’s richness and tastiness. 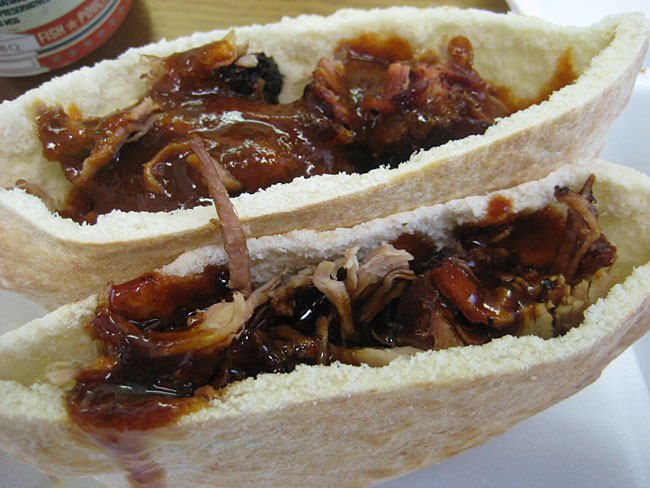 Cute yet modern-looking, these are very professional in appearance. Color strips on the labels have an intentional “worn” look to them and actually fooled me for a few seconds into thinking the bottles had gotten beat up! Still, very nice and memorable if I would spot these on a supermarket shelf.

If you like your BBQ sauces more “Carolina style” with a more pungent, tart vinegary flavor, you might like the original, regular variation of Pork Barrel BBQ Sauce. I preferred the Pork Barrel Sweet BBQ Sauce much, much more and plan to use my bottle of this frequently on this month’s barbecue excursions.

To order these, go to http://www.porkbarrelbbq.com. Each sauce comes in a 12 oz. bottle and currently there are few different multi-pack sets for sale containing Pork Barrel sauces and rubs.

And speaking of rubs, my review of Pork Barrel Spice Rub is coming soon. Stay tuned.