Yep, there’s as much Spanish as there is English on this sign, even though their are about 4 people in my geographic area who speak Spanish.

Yep! The world’s largest (in terms of sales) fast food chain now has something on their menu with theword “habanero” on it. McDonald’s Bacon Habanero Ranch Quarter Pounder is certainly not the first time a major QSR chain has introduced a habanero product. In fact, it was four years ago that I had reviewed a habanero chicken sandwich from pizza outlet Domino’s, and other have had the capsicum chinense chile pepper in uses such as wings sauces, among others.

But with the Golden Arches debuting this type of level of spice in a sandwich, it certainly marks a milestone in the proliferation of fiery foods in the mainstream, albeit a relatively lame one…

Yes, I’ll cut to the chase. Mickey D’s Bacon Habanero Ranch Quarter Pounder is pretty far from being a remarkable burger. As much as I attempted to be unbiased, it is predictably disappointing. Now if you regularly frequent McDonald’s and love their Quarter Pounders, then you would probably like these as they do not deviate too much from the standard taste of their burgers. 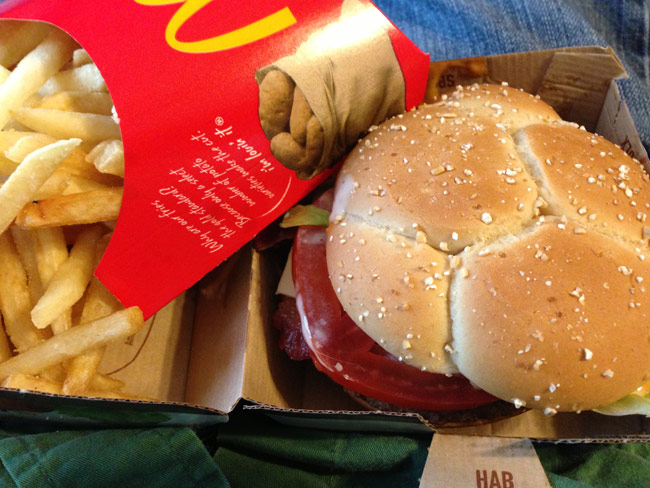 Yes, ingredients-wise, it is actually different enough from their regular Quarter Pounders as these include white cheddar instead of American cheese, a couple of strips of applewood smoked bacon, tomato and leaf lettuce, and a spicy-cool habanero ranch sauce, all on a toasted, bakery-style bun instead of a sesame seed bun.

But does these components truly make this a fast food product that will “wow” your taste buds? No, as the “base” flavor of a normal Quarter Pounder is still the dominant taste. And the habanero ranch sauce? Ugh. Even for someone who does not consider themselves to be a died-in-the-wool chilehead, it packs neither extreme heat nor the fruity notes of a habanero pepper. Hell, McDonald’s could have used dried cayenne powder in this sauce mixture and no one could probably tell the difference. On a spiciness scale from 1 to 5, with 5 being a tear-inducing, head-sweating burn, this does not creep above a 2.

Despite the lack of a habanero fire or flavor, this is still passable for a McDonald’s sandwich. Like I said, if you’re already a Quarter Pounder aficionado, this is probably down your alley. If not, then this is nothing special. On an overall flavor scale, this ranks at a 2.5 on a 1 to 5 rating. This is as average as you can get.

On a related note, McDonald’s still produces by far the worst french fries in the QSR industry. For years, they have tasted cold, dried, and overdone, with many flavorless “corner” potato pieces, and these fit their losing streak in that department. I will never again eat another McDonald’s french fry, especially when their competition smokes them by offering hot, golden brown, crispy-on-the-outside, soft-and-flaky-on-the-inside alternatives. 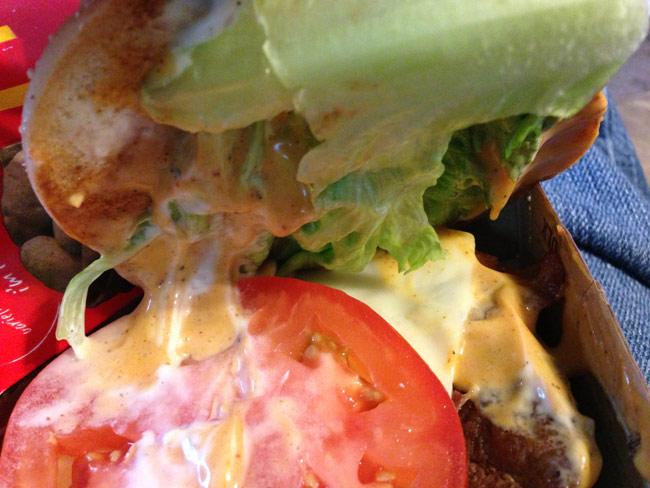