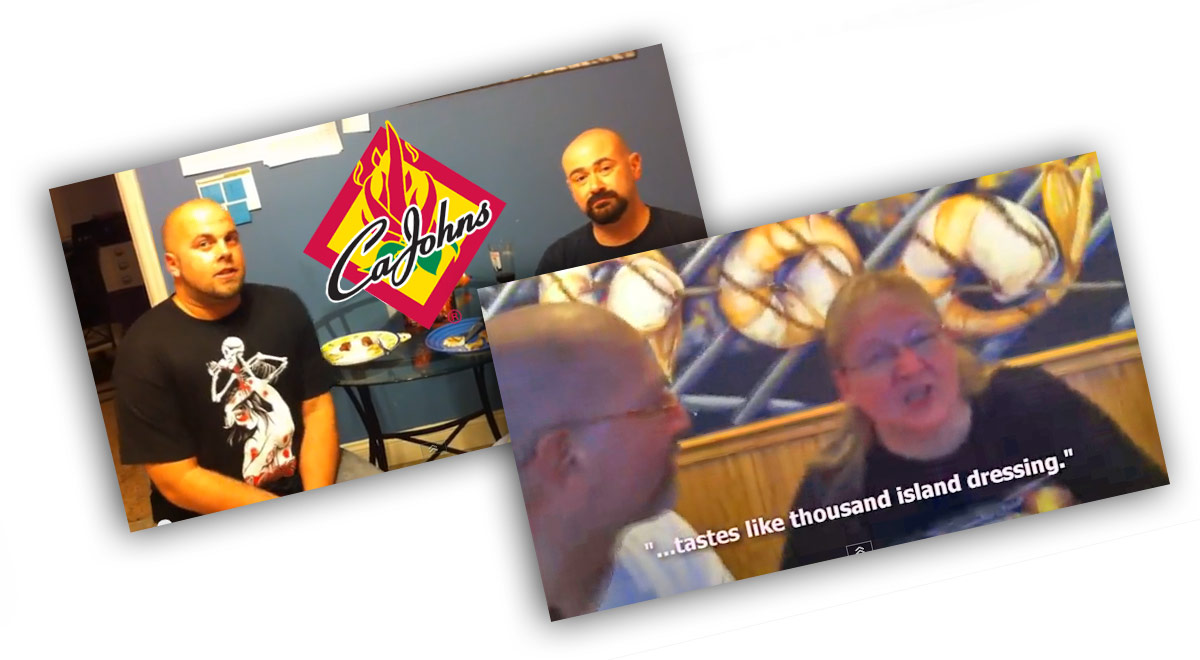 Although the personal friendship between Al “Buddah” Goldenberg (of I Love It Spicy) and I hit a huge snag in 2013 (for personal reasons which I won’t get into here), he will always be a brother to me and I look forward to the day that we can be close again.

Also around that time frame, Al’s YouTube channel for I Love It Spicy unfortunately had gotten hacked, and three years of videos were deleted, which numbered in the hundreds. I know the loss of those were absolutely devastating to him, and I felt his frustration, anger and sadness.

Many of those videos that were wiped out had been recorded and uploaded by me for the ILIS website, as I was one of the many reviewers and contributors. I have a boatload of these video files scattered across untold DVD-R and hard drive backups from the past 5+ years. One day I may take a weekend to go through and collect all of them together for future uploading, just for old time’s sake.

But a trio of these older review videos had gotten unearthed when I recently searched a 1TB external drive for a logo file for an unrelated project. Of course, in traditional “stop what I’m working on to instead do something counter-productive” style, I had to pause to watch all of them. After doing so, it became a no-brainer to upload them to my channel for your pleasure.

Here’s one I forget we had even done. First off, THE SOUND SUCKS. It was videoed in a VERY noisy restaurant (Bethany Blues BBQ in Lewes DE) during one of the evenings at the second annual Peppers at the Beach hot sauce event in 2011.

Recorded by Al “Buddah” Goldenberg using my iPhone, I (being highly sunburned) led an impromptu sauce review around the spicy friends dinner table. Look for some cameos from some well-known chileheads and artisan sauce makers both tasting the sauces and appearing in the background.

The sauces we review are Terry Ho’s Yum Yum Sauce and Fresco the Authentic Mexican Sauce.

This video was originally planned to be uploaded to the ILoveItSpicy.com website, but it was deemed that it was too hard to hear anyone speak clearly in the video. 😉 If you can get through the noisy sound, hopefully you can enjoy this simple little review video.

Spoiler warning: CaJohn’s Trinidad Moruga Scorpion BBQ Sauce proved to be delicious enough to earn a high rating and make my list of Top BBQ Sauces for that year. CaJohn’s Trinidad Moruga Scorpion Salsa did not fare as well, even though getting an overall positive review from me (a score of 3 out of 5). CaJohn Hard himself (of course, being a super nice and gracious guy that he is) had exhibited a bit of confusion of why I rated the salsa the way I did, which I tried to explain in the comments section of the original ILIS posting of the video.