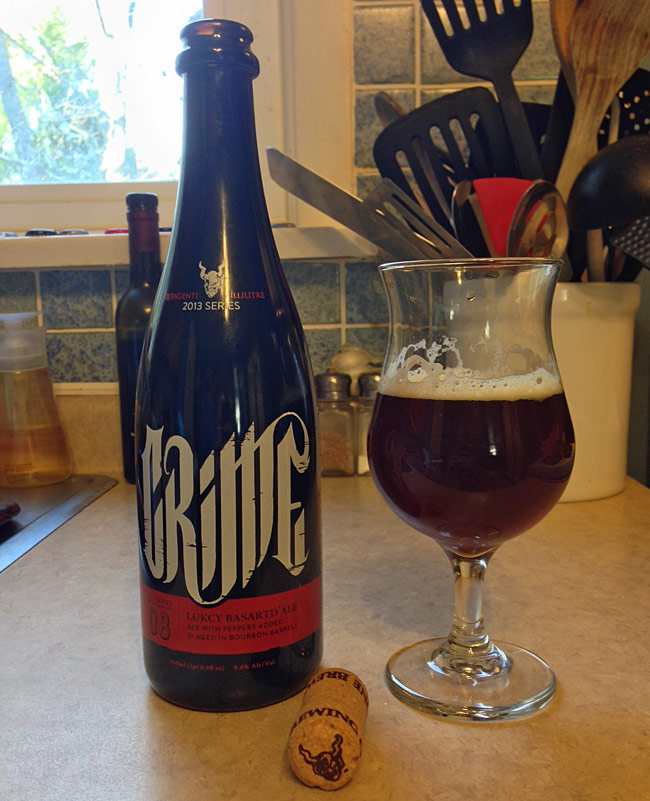 This is one of the famed beers to appear on the Esquire Channel’s “Brew Dogs” show, as it is the world’s first beer to feature the one-time World’s Hottest Chile, the Trinidad Moruga Scorpion pepper, among other chile peppers.

Between us two dudes, Ryan is clearly the beer fanatic. While I’ve tasted a few thousand hot sauces and other condiments of all kinds, I am only an occasional beer drinker, so it is that perspective I have while reviewing this product. But one thing that Ryan and I share is that we both have never previously tasted a chile beer that we’ve thought actually tasted great. Will this spicy alcoholic concoction finally break that trend with us?

A big thanks goes to the crew at Stone Brewing Company (http://www.stonebrew.com/) for making this beer, and to Jim Duffy of Refining Fire Chiles (http://www.refiningfirechiles.com) for providing some of the super-hot chiles used in this brew.