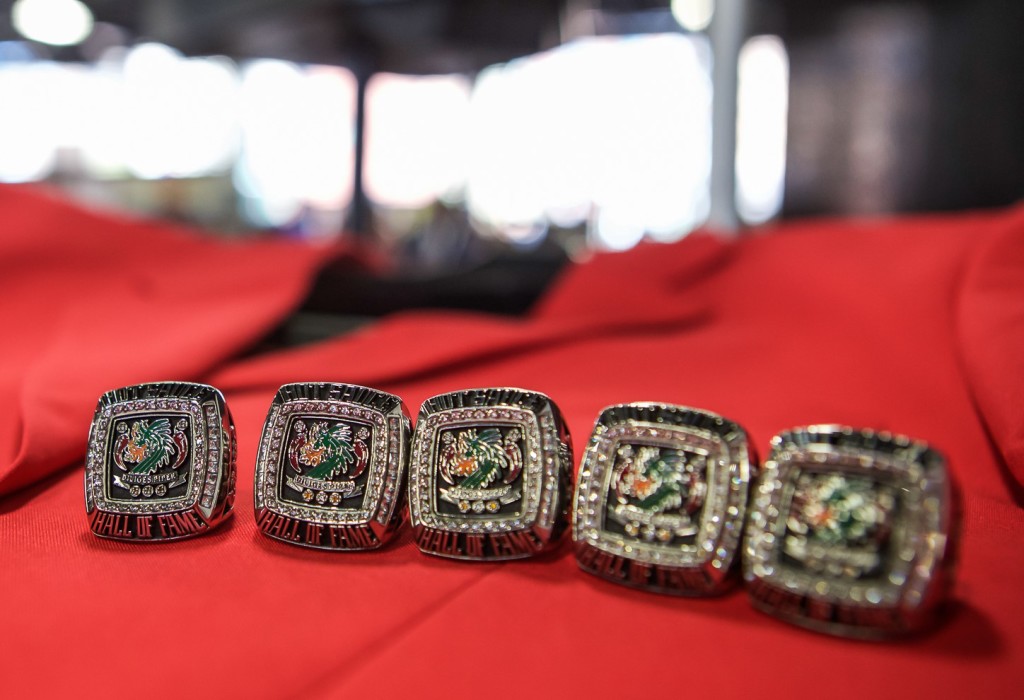 To be eligible for the nominating or voting process, a person must operate within the fiery foods industry for a minimum of 3 years. These people also known as the Selection Committee, consists of hot sauce companies, retailers, distributors, exporters, chile pepper growers, media and restaurateurs who specialize if spicy foods and hot sauce. The Selection Committee will be polled by email from the Hall of Fame’s Senators Board in which the board will eventually narrow the Selection Committee’s ballots down to the final list to 10.

After months of debating and voting from the  Selection Committee, the committee have narrowed down their final nominations to some of the biggest and brightest names in the industry.

Alvin Baumer – Crystal Hot Sauce: Started in 1923, Crystals has become a Louisiana institution and is one of the fastest growing condiment manufacturers in the country with over 4.5 million gallons of hot sauce each year.

Blair Lazar – Blair’s: Heating up over 31 countries, printed in six languages, and Guinness World Record certified with the hottest product created, Blair’s passion for peppers is ever present. It is what fuels the fiery phenomena that’s called the Death Sauce.

David Ashley – Mad Dog: Owner of Ashley Foods. David has been creating hot sauce for well over 20 plus years and was one of the first to sell extract sauces with his 357 Mad Dog Hot Sauce.

David Tran – Huy Fong Foods (Sriracha Sauce): Started in 1980 and has grown to be the leader in Asian Hot Sauce with his Sriracha Sauce also known to hot sauce fans as the “Rooster Sauce”.

Jacob Frank – Founder of Franks Red Hot. The first bottle was produced in 1920 and later became the secret ingredient for the Buffalo Wings in Buffalo, NY. “I Put That $#!t on Everything!”

Jose-Luis Saavedra, Sr. – Tapatio Salsa Picante Hot Sauce: Started in 1971 in Vernon, CA. Celebrating 45 years of making in 2016 it has now grown into one of the biggest family owned hot sauce companies in the country. It’s a sauce that’s…very saucy!

Sam Garner – Texas Pete: This hot sauce was introduced to the world in 1929 and is now the 3rd largest selling hot sauce in the country.

Si Brown – Louisiana Brand Hot Sauce: Founded in New Iberia, Louisiana in 1928. The brand now features the word, “Original” in its name along with the famous Red Dot. The hot sauce is known for being full of flavor without an overwhelming amount of heat.

How You Can Vote

If you meet the above requirement of having operated in some capacity on the fiery foods industry for at least three years, then you can download and fill out the ballot below, available in PDF format:

There are two ways to vote:

1. Right click on the link above and save to your computer.
2. Fill out all fields electronically and select the five nominees you feel most deserve to be in the second year class of the Hot Sauce Hall of Fame
3. Email ballot to Steve Seabury:  steve@highriversauces.com

1. Right click on either link above and save to your computer.
2. Print out form and fill out all fields and select the five nominees you feel most deserve to be in the first year class of the Hot Sauce Hall of Fame
3. Mail printed out ballot to the address below: