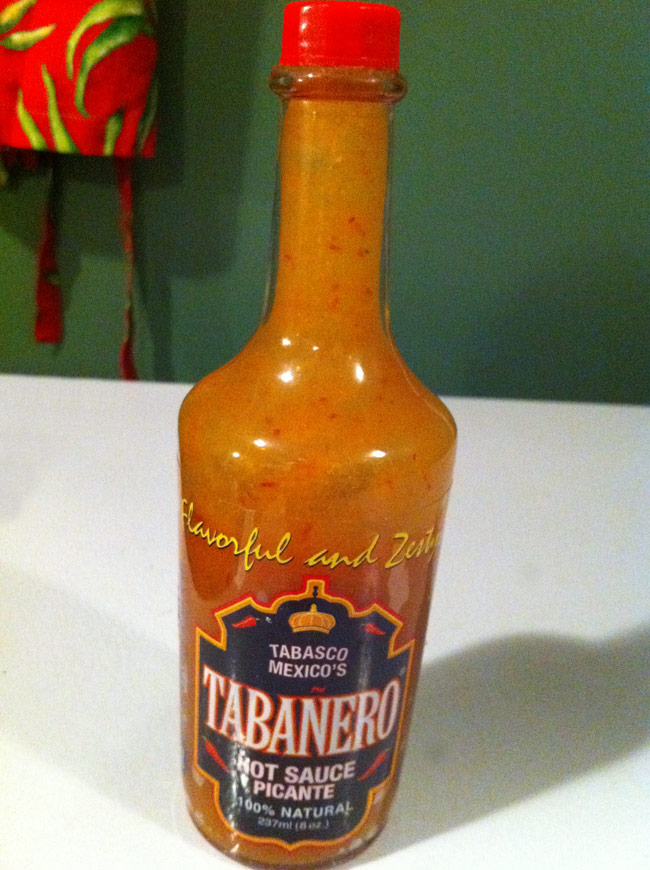 Our story started approximately seven years ago. Still a burgeoning chilehead, I recall jumping on the non-defunct Hot Sauce Blog and seeing a posted notice that there was an offer out to get a free bottle of some new hot sauce called Tabanero. From what I recollect, I bought an issue of Chile Pepper Magazine (I was not a regular subscriber then) and took advantage of the “only pay for shipping” offer.

The bottle arrived in the mail a few weeks after. I remember that the label had the word “Tabasco” in additional to the name of the sauce (which is easy to guess that it’s a blend of “Tabasco” and “Habanero”), so what registered on my head? Yep, you guessed it…I thought this was an official McIlhenny Company product before closely examining the contact info on the label. I’m sure a lot of folks made that false assumption, perhaps not even knowing that there is a state in the country of Mexico called Tabasco, let alone a chile pepper with that moniker. (Yes, there was a label change following this initial shipment, possibly because they heard from McIlhenny’s attorneys.)

But back to the product itself. I took great pleasure in Tabanero’s citrusy tang, its sharpness and its fresh vegetable notes, not unlike Marie Sharp’s. In fact, it was this very sauce that I credit for making me fall head over heels in love with the “carrot style” hot sauce genre, with subsequent examples of the style being Benito’s Original Naranja Hot Sauce and Intensity Academy Hot Cubed.

From what I understand is that in the years since, Tabanero Hot Sauce Picante has been reformulated. Let’s see if it still has both a uniqueness and a familiarity I once was crazy about.

3 out of 5. A sharp, bright, fresh jolt with elements of vinegar, peppers and onions (the first of which is odd, because there is no vinegar in this sauce!).

2.5 out of 5. Tabanero has a bright color that is accented with the occasional shred of red peppers. But unlike other beloved carrot-based hot sauces, Tabanero’s viscosity is a bit too runny for my liking.

4 out of 5. Upon touching the tongue, Tabanero Hot Sauce pops with a twangy and tartness that closely intermingles with the non-descript chile pepper tones. Both of these flavors are firmly planted in a base of fresh carrots and onions, with a lightly sour and sweet back-end from the lime juice and agave. The garlic and salt weren’t strikingly detectable, but I wonder how much flatter the sauce would have tasted without their presence. It all coalesced into a complex unison that was actually pretty easy-going and is fairly versatile.

4.5 out of 5. This is a pepper sauce that would be at home on pizza, on anything Mexican, and on eggs, just to rattle off a few items. 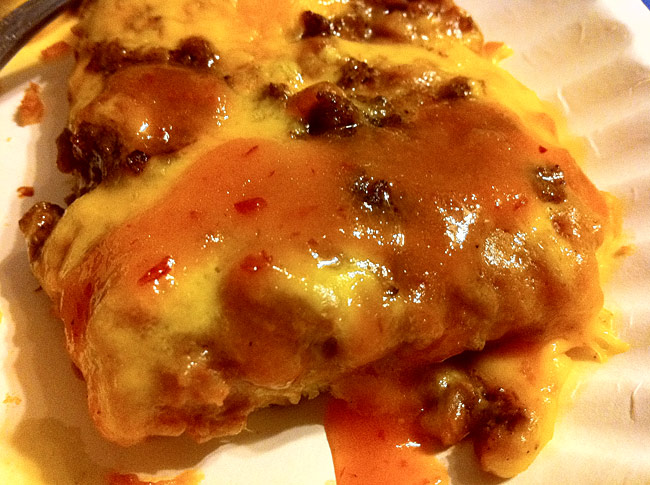 For review purposes, I created a homemade Mexican pizza. I splashed in a few dashes of Tabanero Hot Sauce into the seasoned beef mixture before baking it with the crust, refried beans and cheddar cheese. After cooking and serving myself a piece, I liberally doused Tabanero on top to really get a grip on what it could add to my meal.

The taste of the sauce punched through without overpowering the core dish, and did an evenhandedly nice job at adding both dimension and spiciness.

2 out of 5. A good deal of the perceived bluster derives from the sour citrus, and perhaps even the grapefruit seed extract, if that’s not being used as a preservative. Tabanero certainly won’t leave you with numb lips or a burnt tongue, yet it’s warm enough to be a table sauce for most general chileheads.

3 out of 5. This has a clear plastic label with black blocks on the back to display content. There’s a tiny bit of an Mexican-style feel to it, so I think it adequately gives the type of impression it’s aiming to portray.

It’s almost as good as I remembered it. If it were thickened up a bit, it would definitely be among my top pick when it comes to a chile pepper condiment.

For more info on where Tabanero is sold, go to tabanero.com.