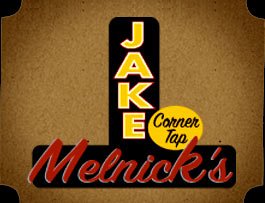 Jake’s is currently seeking contestants for the “Battle of the Bhut,” which is open to wing fans and heat-seeking enthusiasts alike. The winner will walk away with four (4) theatre box tickets to the United Center for a Bulls or Blackhawks game. Theatre box tickets are all-inclusive with free parking, food and drink. The winner will also receive a free private party for 15 of his/her closest friends at Jake Melnick’s Corner Tap, including a food and drink package. Their name will be engraved on the honorary XXX “I Beat the Heat” contest trophy, garnering them a year’s supply of wings at Jake Melnick’s.

To help douse the heat Chicago Firefighters will also be on hand. Jake Melnick’s is partnering up with the Chicago Fire Fighters Union Local 2 for their Fill the Boot Campaign, benefiting the Chicago Fire Department Widows and Orphans Fund.

The contest will begin promptly at 6 p.m. with two five-minute rounds. Two winners will advance to the finals for a three-minute round of eating. In the event of a tie, finalists will be given an additional minute to eat as many wings as possible until a winner is declared.

To download and fill out an entry form, or to learn more information, go to http://www.jakemelnicks.com/news_reviews.html.