Warning: Use of undefined constant add_shortcode - assumed 'add_shortcode' (this will throw an Error in a future version of PHP) in /home/scottrob/public_html/wp-content/plugins/stray-quotes/stray_quotes.php on line 615
 High River Sauces Featured On CBS This Morning News Show – Scott Roberts Hot Sauce, BBQ and Spicy Food Blog

Penn Yan, NY native, Steve Seabury will make his debut appearance on the CBS This Morning Show on Saturday March 29th at 8: 45 AM EST highlighting his awarding winning hot sauce company called High River Sauces. CBS news anchors Charlie Rose, Gayle Kingand Norah O’Donnell will sit down with Seabury and discuss his passion and journey through the hot sauce industry, his view on the future of the fiery foods business and a hot sauce tasting featuring his new Foo Foo Mama Choo which uses the hottest pepper in the world the Smokin’ Ed’s Carolina Reaper Pepper. 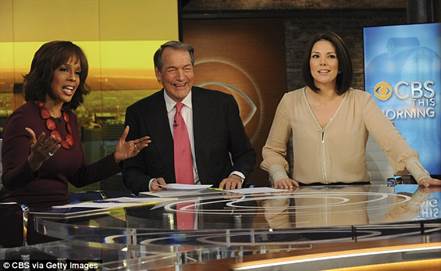 After the success with his debut cookbook titled Mosh Potatoes which was released by Simon & Schuster, Seabury took his passion for spicy foods and started High River Sauces. For the past couple of years he has driven his company as one of the leading all natural artisan hot sauce producers in the country. He has been featured as a guest on Good Morning America, Fox News, The Cooking Channel, Rolling Stone Magazine, Bon Appetit Magazine, Maxim Magazine and most recently the Artie Lange Show. He has won numerous awards including 4 First Place Golden Chile’s this past January at this year’s 2014 ZestFest in Dallas, TX. His award winning recipes have created such a frenzy among fiery food fanatics that he is now stocked in numerous grocery and specialty food stores in the United States and in many outlets internationally.

Seabury currently organizes and hosts the New York City Hot Sauce Expo on March 29th & 30th which is one of  the most buzzed about hot sauce shows in North America. The Expo features 45 of the best artisanal hot sauce makers in the country. This year’s Expo will highlight the first ever Smokin’ Ed’s Carolina Reaper Eating Challenge where contestants will have 60 seconds to consume as many peppers they can and win their name in the Guinness Book of Records. The Expo also raises the bar of excellence and praises the top hot sauce makers who compete in the Screaming Mi Mi Awards. All entered sauces are blind tasted and judged from some of the brightest names in the NYC food industry.