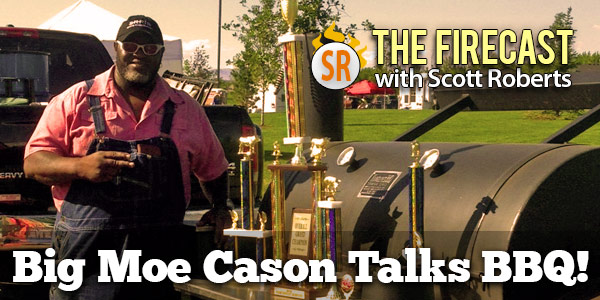 Big Moe Cason steps into the interviewee chair and talks about what he likes and doesn’t like in barbecue, and also discusses his TV career with shows like BBQ Pitmasters. Ken and Scott list their heroes and mentors in the chilehead world, and Scott reviews Scott O’Hotty’s The Ghost Sauce.