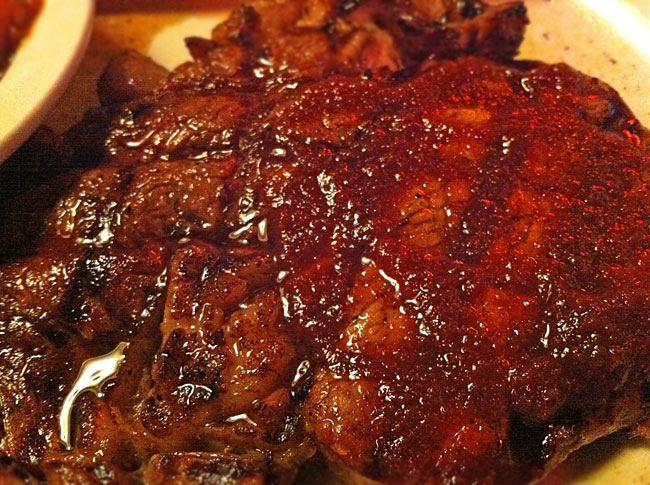 Here’s a piece I did for Char-Broil a few years back.

Some say that “ignorance is bliss,” but being unlearned about certain aspects of grilling and barbecuing does not make me a happy camper. So, I wanted to help educate the masses and put an end to common mistakes by debunking six (despised) grilling and meat myths.

Myth #1: Grilling and barbecuing are the same thing.

False. Many novice backyard cooks use the terms interchangeably when they’re actually NOT one and the same. Grilling involves very fast cooking over a high heat (300°F or higher), and is optimal for steaks, seafood, burgers and dogs. Barbecuing, on the other hand, is very slow cooking over a low heat (usually between 225° – 275°F) and is considered the best way to cook larger pieces of meat like pork and beef ribs, pork shoulder and beef brisket. BBQ can take several hours, all day, or even overnight, depending on the size of meat and your cooking schedule. BBQ also often utilizes wood smoke for an additional smoky flavor.

It should also be noted that the addition of a BBQ sauce or seasoning does not qualify any meat as being true “barbecue.” While cooks should be open to combining techniques, methods, styles and flavors as they see fit, they should be careful not to confuse the two words.

Myth #2: Searing a steak seals in the juices.

Busted. Juices can still escape a fully blackened outside layer of meat. But that doesn’t mean you have to stop searing steaks or fillets, as it actually can add a lot of good flavor. When the meat’s surface comes in contact with a super-hot grill, beef proteins will recombine with sugars to trigger the Maillard Reaction, which delivers the outside crust’s deliciousness.

Myth #3: The red or pink in barbecued meat means the meat is undercooked.

Wrong. If the outside of the meat contains a rosy color, this is a natural, healthy reaction from it being smoked. This lovely pinkness is called a “smoke ring” and gives your food an extra dimension of flavor.

Myth #4: Pork that is slightly pink will make you ill or kill you.

Usually untrue. While you should always cook pig meat to a temperature of 160°F to kill off anything potentially harmful, a fully done pork roast can still have a slightly pink center.

Myth #5: That red liquid emanating from rare meat is blood.

Busted. Meat – in particular beef – is bled out before it reaches your grocery store or butcher shop display cases. That blood-like, semi-watery juice is called myoglobin, an iron- and oxygen-binding protein found in the muscle tissue of animals and is harmless and safe to eat.

Myth #6: A barbecue fork is the proper tool for turning a steak.

Not really. Stabbing a slab of meat with a fork serves only to puncture the meat and drain out the juices. Turn your fillets, burgers, steaks, or ribs with tongs instead.

What about you? What misconceptions and falsehoods about grilling really get your goat?

Debunking Six of My Most Despised Grilling and Meat Myths
Tagged on: myths