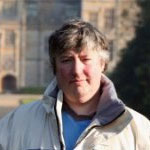 December has been a busy month at the ChileFoundry here in the UK; we have had lots of special offers to promote from our UK manufacturers and retailers in the build up to the big day.

This month seemed to be the time when we got all the dates for next year’s major UK chilli events, which are growing rapidly in popularity to an extent that the biggest one the West Dean Chilli Fiesta has now been extended to a full 3 days, each year there are queues to get in.

Darth Naga one of our intrepid reporters has been tasting one of the hottest UK manufactured sauces, including a video of a taste test of Hot Headz Who Dares Burns 2nd Assault, which is a souped up version of the original Who Dares Burns, which has been one of the UK best selling super hot sauces for a number of years.

The Naga seems to be taking over the sauce market with almost all new extract and non extract sauces featuring it in their ingredients, this month reviewed two Naga Sauces, The Chilli Pepper Company’s The Beast and FireFoods Reserve, both got the thumbs up from Darth for their heat and flavour.

Also reviewed this month was Holy Cow’s Goan Extra Hot Lime sauce which is available nationwide in supermarkets. We don’t only review UK sauces, this month we also included a review of an old favourite of mine, Blair’s Jalapeno Death Sauce.

Chilli growing in the UK is becoming a real business opportunity with more and more Mexican and other specialist restaurants demanding quality produce as well as our leading supermarket Tesco’s stocking up to 10 varieties. One of our local growers Edible Ornamentals has been crowned a Local Food Hero by Good Food Television’s ‘Market Kitchen‘ programme in the area heats and is now in the running for the national award.

We had a number of recipes published in December, I enjoyed our Extra Hot Sweet Chilli Sauce (UK shops seem to be awash with cheap sweet chilli sauces that taste of nothing but sugar), this simple recipe combines fresh chillies with garlic and sherry vinegar and some sugar and is very easy to make and lasts for months, getting better all the time.

We are now looking forward to Christmas and the New Year family meals and parties, the kids will love it before we start the 2010 chilli season.