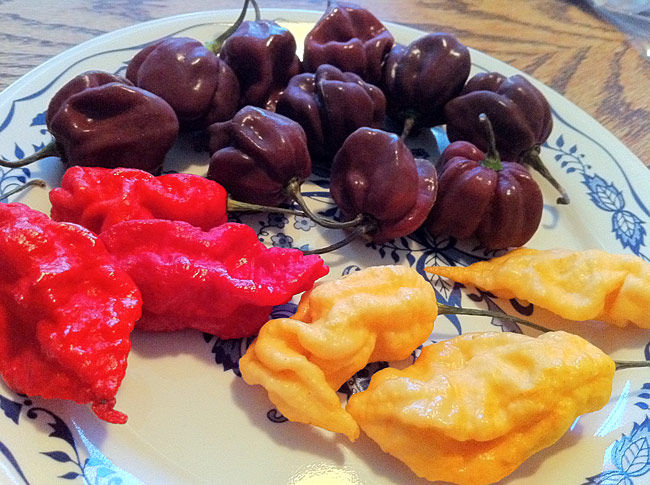 Chile grower Jim Duffy of Refining Fire Chiles was kind enough to send me some of his super-hots to sample earlier this week. Included were some brand new varieties, such as the Chocolate Scotch Bonnet, the Jay’s Red Ghost Scorpion, and the Jay’s Peach Ghost Scorpion. Thanks, Jim!

Below are close-up photos of the new chiles. While I have not chomped down on a whole pepper pod of any of these yet, a sliver or two cut off of each was able to give me a good idea on the flavor and heat: 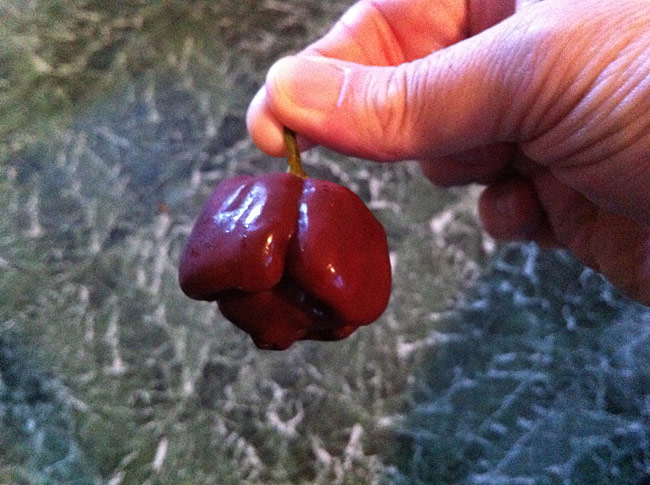 Chocolate Scotch Bonnet – I was impressed by the flavor and the heat. These things can get as hot as habaneros, and in my opinion should be used more in cooking and in sauces. 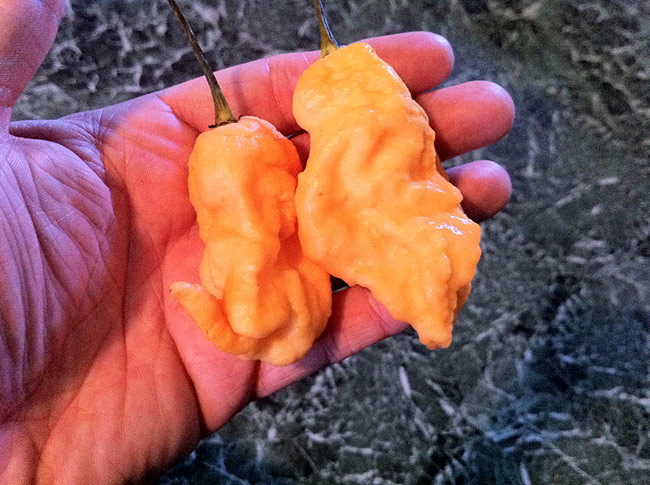 Jay’s Peach Ghost Scorpion – these babies have a wild burst of heat, but not before you get an incredible citrusy and almost apricot-like hint of flavor in your mouth. 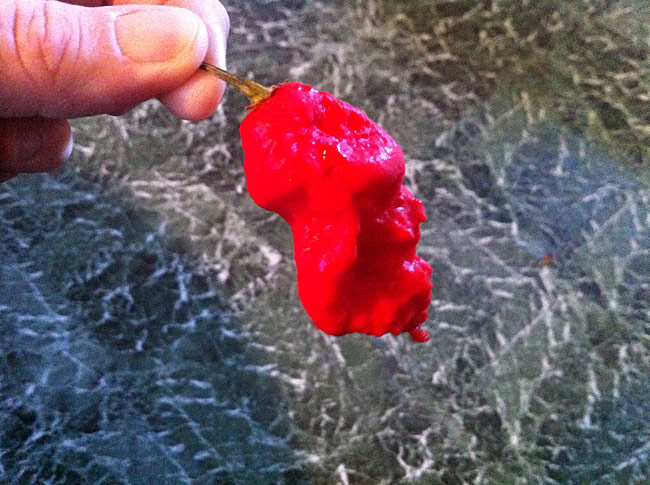 Jay’s Red Ghost Scorpion – A slightly sweeter flavor than the peach ghost scorpion, but then you get an absolutely insane rush of fire in your mouth…wow!