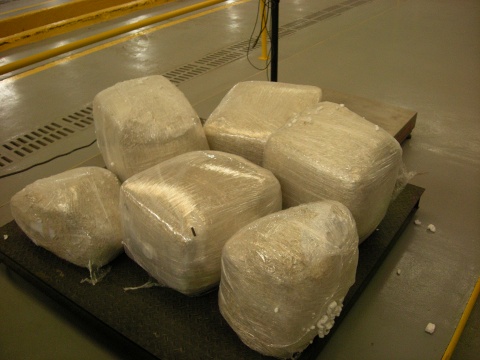 GALLUP, N.M. – This past Friday, March 14th, a semi was inspected at the Gallup Port of Entry. Its cargo consisted of hot sauce for Churches Chicken, 136 pounds of marijuana, plus smaller amounts of cocaine.

The search of the First Carolina Cargo-owned vehicle was conducted at about 2 p.m.

In the sleeper of the semi, a kilo of cocaine and another bundle of cocaine weighting a total of 3.2 pounds were located. Some personal use marijuana and crack cocaine was also located.

Marijuana and crack cocaine allegedly for personal use also was found.

Both Blake, who was identified as the driver, and Byrd were arrested and booked into the McKinley County Detention Center.